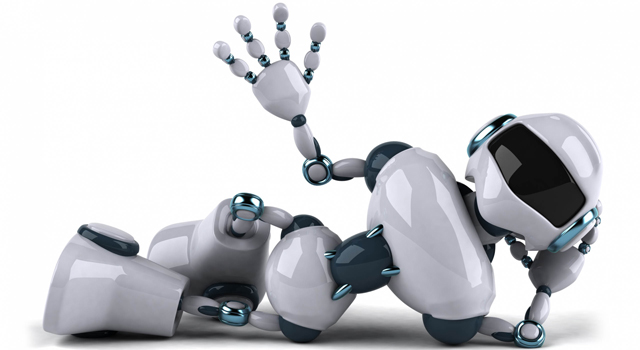 As the development of artificial intelligence (AI) technology continues apace, fears have been expressed about what a future where robots are common place might look like.

One concern is that jobs currently carried out by people might, in the not too distant future, be done by computers. According to a study by researchers at Oxford University and Deloitte, around a third of current occupations in the UK could be replaced by computerisation over the next quarter of a decade.  As robots are very good at repetitive tasks it follows that many of the jobs lost are likely to be low-paid jobs, thus adversely impacting lower-paid workers.  There are also worries about data privacy and the use of bots by organised criminals.

But just what will a future where robots are aplenty look like? Here are a few trends we see developing.

There has been a groundswell of opinion that as the development of AI gathers pace some kind of regulation is required.

Notable technologists and scientists, such as Stephen Hawking, Bill Gates and Elon Musk, are among those who have expressed reservations about the potential threats posed by AI.  In an interview with the BBC, Professor Stephen Hawking went on record saying that “The development of full artificial intelligence (AI) could spell the end of the human race”.  Musk, the founder of Tesla electric cars, has called for a regulatory body to oversee developments to ensure AI technology doesn’t get out of hand.

Academics have weighed into the debate, making a case for the formation of a Federal Robotics Commission in the US or offering ideas over how the development of AI systems can be made safer by ensuring they are ethical.

Others have called for Governments to start legislating for this bright new tomorrow today as the pace of development in the world of AI is happening so quickly.

The drones are coming

Drones are already being used for a range of tasks from surveying hard to reach structures and rail networks to looking out for poachers in Africa’s national parks. The use of unmanned drone aircraft for military purposes is also widespread while crop-spraying and working out the lie of the land after natural disasters could also be potential applications.

Air traffic control systems will have to adapt to cope with this new generation of unmanned flying machines which are only going to grow in number as the likes of Google, Amazon and DHL are all developing flying drones that can deliver parcels quickly and efficiently.  Ahti Heinlen, CEO of Starship, a prototype ground-based drone that delivers parcels and mail, goes as far as saying seeing drones overhead will one day be “as normal as seeing mail trucks on the road.”

A move away from humanoids robots

Many of the robots that have been developed to date have been created with human-like features. The assumption is this makes them more appealing and social, and more capable of communicating in the same way a human does.

But there are signs that this school of thought is being challenged as the concept of ‘uncanny valley’ gains traction. Uncanny valley describes our feelings of aversion toward things that appear nearly human, but are not quite right, and usually involves robots.

While this phenomenon has proven difficult to substantiate scientifically, work has continued to find alternatives to aping human qualities in robots too closely. One example that has gained plaudits of late are the robots Sawyer and Baxter designed by US firm Rethink Robotics to carry out manufacturing tasks.

Fans of the new designs have pointed to their motion-sensitive on-screen eyes that help to garner collaboration with human colleagues, while their lack of human features helps to avoid the uncanny valley effect.