Is enough being done to increase the number of female engineers? 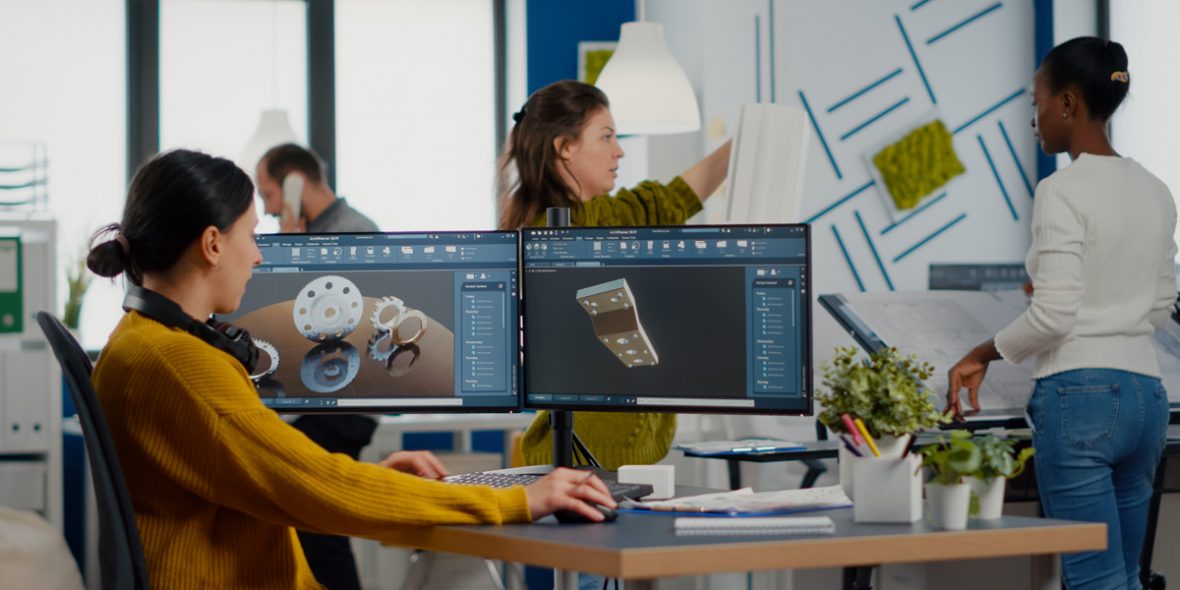 In our article written back in 2014 we reported that that only 6% of the engineering workforce were females.  A graph constructed at the time showed that this number had been flat for at least the 7 preceding years.

In celebration of the recent International Women in Engineering Day on the 23rd June 2021, it seems the perfect time to revisit the topic to review the current landscape.

Since those times there is evidence of effort being made to widen the appeal of engineering to all genders, with the Women’s Engineering Society (WES) and more recently the IMechE taking positive steps.

WES is a charitable organisation that sets out to support the achievements of women in engineering disciplines  through providing inspiration, raising awareness, celebrating successes and offering a professional network.

Recent information is seemingly scarce, with WES still posting data from 2018. At that time the statistics showed that the number had risen to just over 12%. While this number is still low it represents a very healthy doubling over the previous 4 years.  A good result then.

Interestingly, the UK has the lowest percentage of females in engineering professions in Europe. Meanwhile, the number of female engineers in the European countries Latvia, Bulgaria and Cyprus show figures of nearly 30%, more than doubling the latest available UK figures.  Spain tops the table with almost equal amounts of men and women as engineers.

The IMechE’s own published statistics are far more disappointing, showing that only 5.6% of its Members are female, dropping to 3% at the level of Fellow.  It seems, then, that the IMechE have a disproportionate representation and a lot of ground to make-up to attract women into what is a very male dominated Institution.

It is good, then, to see that the IMechE now has a Diversity and Inclusion Committee which sets out to ensure that diversity and inclusion site at the heart of the Institution’s core values. Women also are featuring more in leadership positions within the Institution and this feels quite natural to this particular member.

Stereotyping and a lack of representation

Since the mid-80’s the number of women in STEM subjects and careers in the UK has plunged. With little or no appealing imagery associated with STEM subjects (and even ‘computer geek’ stereotypes being almost always male) its no wonder that the participation of women in science, technology, maths and engineering careers has been on the decline.

There is undoubtably significantly less representation of female engineers throughout history, which is bound to provide less inspiration for women. People find role models in those who they relate to; few women represented in engineering means in turn, few aspiring female engineers.

But do we need more female engineers?

We need more engineers full stop. Many industries are threatened by the ‘skills shortage’ that haunts the employers of the UK, as employees are lacking the skills that are essential to the workplace more than ever.

With only 12% of today’s UK engineers being female, there is no denying that the engineering industry is massively dominated by males. It seems there is huge potential for future female engineers especially since on average, females outperform males in all STEM subjects except chemistry and computer science, proving false the well-known myth that women just don’t have ‘maths brains’.

Furthermore, to many companies, diversity is considered key for innovation in the workplace. In fact, companies are 15% more likely to perform better if they have a diverse workforce, demonstrating that overall, it is undoubtedly extremely beneficial to boost the appeal of a career in engineering to women.

So is enough really being done to increase the appeal?

It seems these stereotypes are deeply engrained, but Spain’s example suggests that these can be overturned. With long-standing tradition and a deep history of Engineering excellence, the UK may have more inertia and therefore find it more difficult to bring about a change.  With the IMechE being the premiere institution it plays the role of being the outward-facing representation of the industry to the public.  The onus has to be on it to do more to create the gravitas needed to attract women into the industry.

It seems that the visibility of women in engineering is on the increase but there is clearly still a lot of work to be done.  It is going to be a long haul before the long-standing male-dominated culture is changed and it is going to first require industry to demonstrably “walk the talk” before it can be attractive to people from diverse groups from the outside.