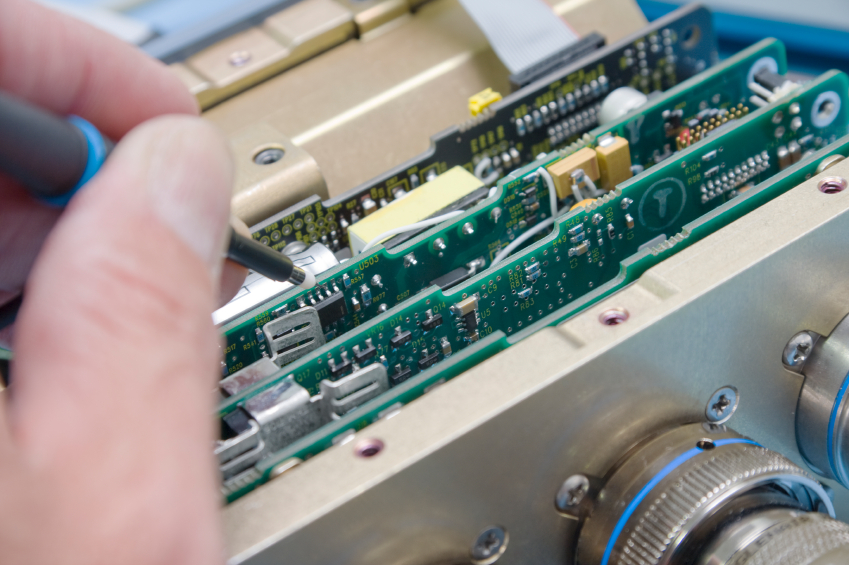 It is sometimes the case that the technical and / or commercial requirements are perhaps not thoroughly researched or perhaps that they change through time and with changing external influences, resulting in a product that is not or no longer optimised.

We were once asked by a tier 1 military equipment supplier to generate a small quantity of housings for a complex piece of electronic hardware.  The brief was to design & produce a handful of enclosures to show-case leading-edge electronic capability at a trade-show.   The housings had fins on one face for cooling by means of natural convection and were machined from “solid” aluminium alloy 6063 for its superior thermal conductivity.  Among the internal features were “O-ring” gasket grooves, intricate pockets & internal walls for RF screening and pedestals for the purpose of conducting heat away from electronic hardware.

The product was a roaring success at the trade show and the client took several orders.  For a year-or-so afterwards we supported a number of repeat builds of ever-increasing batch sizes until the client asked us to investigate whether the cost could be reduced to better suit the production volumes.  An analysis of available techniques showed that for the newly projected sales volumes the lowest cost solution would be attained by precision sand casting.

A business case was generated and the commercial proposal was accepted, so we set-about redesigning the enclosure for sand casting.    The client was happy to pay the NRE (design / engineering, tooling & re-qualification) costs to achieve the lower part costs.

We had to completely redesign the geometry, not just to add the necessary drafts and internal radii but to thicken the walls to meet the processes requirements.  Another unwelcome by-product of the material change to a casting alloy was the reduction in conductivity by as much as 25% from that of the wrought material, resulting in a loss of cooling performance.  In order to combat this, the heatsink geometry needed to be re-engineered.

As a result of these changes we struggled to meet the mass and size envelope publicised by the client, so the challenge was on to shave-off as much superfluous material as possible to drive the mass down.

After the release of the mk2 the product continued to prove to be a hit and the client saw potential for a further increase in sales volumes if the price could be reduced.  A cost-reduction study confirmed that the only way this would be possible within the existing concept would be to redesign the product for manufacture via the High Pressure Die Casting method.

At the client’s request we redesigned the enclosure again, this time for the Aluminium alloy that was suited to die casting.  With a conductivity of just 50% that of the original wrought alloy there was another step change in functionality that necessitated another round of thermal management optimisation.  Fortunately the die casting process can produce thinner walls than by sand casting, so there was opportunity to reduce material thickness / volume in places as well as increase the number of cooling fins to claw-back the lost thermal performance.

The up-shot of this was that over its life this particular product had been designed, engineered, tested and qualified three times over, each time to suit a different manufacturing process.  The expensive and time-consuming re-designs were triggered by sales successes that were unforeseen.

Perhaps in the case of this example a more in-depth and thorough study of the market could have identified the product’s sales potential and saved one of the expensive design spins?

Of course, it is entirely normal to use machining processes to prototype products that will eventually be cast.  When doing so, however, it is critical to consider that the materials used may have superior properties such as stiffness / strength and conductivity.  Geometry may be different out of necessity (e.g. without drafts or fillet radii), walls can be potentially thinner and materials may be less dense.  All these factors can result in the resulting units being physically different and having non-representative performance characteristics.  In particular, it is likely that machined parts will deliver misleading levels of structural and thermal performance.

When planning to build and test prototypes then, the likelihood of getting misrepresentative results needs to be very carefully considered. The prototypes may be found to deliver the desired performance but the potential for “false positives” must be clearly understood.

To find out more about our Cost Reduction or Cost Avoidance services call us now on 01277 261066 or email us.