SolidWorks or Pro/ENGINEER? No Contest!

SolidWorks or Pro/ENGINEER?  At Warley Design our users have been using both for many years.  Personally, I formally trained on Pro/ENGINEER in or before 1998 and our employer bought a few seats of SolidWorks in addition in 2005 .  When Jon and I set-up Warley Design in 2008 the first license we bought was SolidWorks – not necessarily because it was the best choice but (in truth) because it was the tool used by our very first client and, of course, we needed to deliver native files that would integrate seamlessly into their PDM system.

Shortly afterwards we took enquiries from clients who used Pro/E and so a similar fashion we bought a copy of Wildfire.  Since those early days we have needed to keep several versions of each package so that we can continue to deliver native datasets in a form that suits our customer-base.

Broadly speaking, we have clients using both packages but SolidWorks is prevalent by around 3:1.  The companies using Pro/E tend to be larger organisations and seem to be engaged in either defence or in telecoms.  The clients of ours that use Pro/E are using Wildfire 4.0 at the current time (Mar-14) and so are a couple of revisions behind the current offering (Creo2).

SolidWorks seems to have found favour with the smaller companies, or rather the companies with small internal mechanical resource teams.  We are currently using 2010, 11, 12 & 13 for various customers.

So which software suite do we prefer given the choice?

Pricewise, it is surprising but the last foundation Pro/E license we bought was quite a lot cheaper than the cheapest SolidWorks standard offering.

The view from our users is that it has to be SolidWorks all the way.  Its more intuitive and generally easier to use, however, it does seem to be a lot less stable than Pro/E and we often get crashes and problems that seem to be as a result of hardware compatibility (even though we have always bought approved hardware!).

Other plus points are access to the extensive user-community and models from public domain sources such as 3D ContentCentral, its toolbox and the power of the integrated rendering tool.  This now comes with many powerful features like the ability to create decals and load backgrounds and to better represent materials and textures.

One of the most impressive features is that the CAE tools output a results file that can be fully viewed using the free eDrawing viewer.  The results model can even be manipulated like a regular eDrawing meaning it can be spun or sectioned (although be warned: the file is large) and so will be of great use to anyone interested in the results. 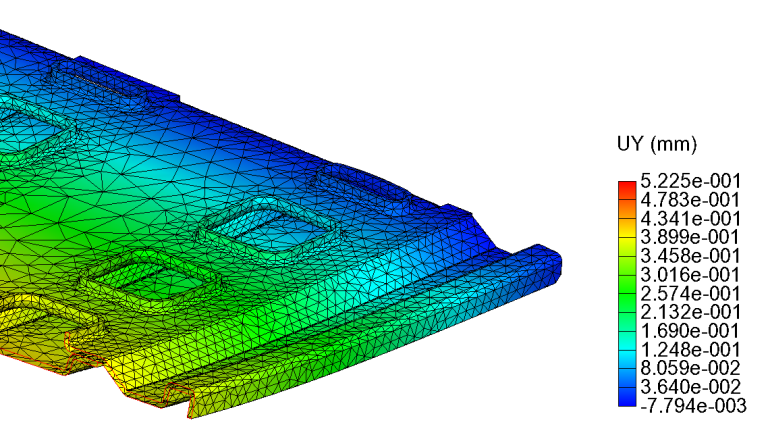 Warley Design provides mechanical design, engineering and product development services to a broad range of industries.  To find out more call us now on 01277 261066 or email us.